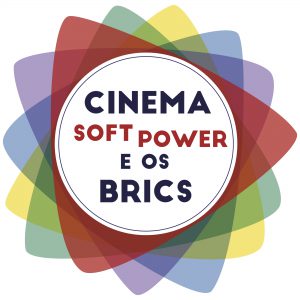 The AHRC international research network Soft Power, Cinema and the BRICS will hold a seminar and workshop in São Paulo 27-28 October 2016. The event will bring together academics, film festival curators, industry officials, filmmakers and journalists from Brazil, China, India, Russia and South Africa, with a view to understanding and comparing how the so-called BRICS emerging powers adopt, adapt or culturally reinvent and locate soft power to conduct their strategic ambitions, with a focus on the film industry.

The seminar “Cinema, Soft Power e os BRICS“ will take place at the Caixa Belas Artes on Thursday 27th October. The opening panel will include representatives of SPCine, the Brazilian National Cinema Agency (ANCINE), Apex-Brazil and the Sao Paulo International Film Festival, as well as seminar co-organisers Stephanie Dennison, Professor of Brazilian Studies at the University of Leeds (UK) and Director of the network Soft Power, Cinema and the BRICS and Alessandra Meleiro (CEO of Cultural Initiative Institute, Sao Paulo)

Panels focusing on Chinese and Russian film, and Indian and South African film, will continue throughout the day.

These panels will include the following participants:

The event is open to the public and Portuguese-English interpretation will be provided.

On the morning of Friday 28 October seminar participants will have the opportunity to meet and network with Brazil-based filmmakers, funders and curators. This will be followed by a round-table discussion to be held in the Boardroom of the British Council Sao Paulo 2-5pm. The focus of the Round-table discussion (in English) is “Imagining the BRICS”: Case Study Brazil”.

Friday’s events are by invitation only

The series of events are organised by the University of Leeds in partnership with the Cultural Initiative Institute, SPCine, the British Council (Brazil) and the Sao Paulo International Film Festival  (São Paulo, Brazil). The festival will run a BRICS-themed strand as part of this year’s activities.