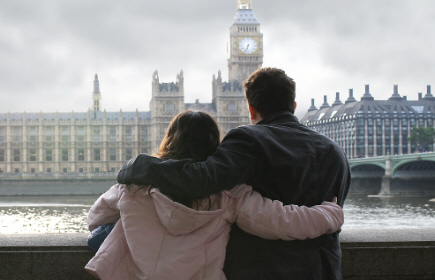 The Symposium Transnational Brazilian Cinema, which will be held at 3 October 2009 (10 am – 2 pm), intends to discuss the conquest of international market as imperative for the Brazilian cinema and also the increasing importance of the roles of some Brazilian and international public bodies on this development.

Realized by Analyses Centre for Cinema and Audiovisual and the Embassy of Brazil, in partnership with Discovering Latin America Film Festival and University of Leeds (Centre for Brazilian Film Studies).

The Transnational Brazilian Cinema introduces for the first time in London the Latin American Film Network. This is a space that will function as a meeting point to propel agreements between, mainly but not exclusively, Latin American filmmakers and scriptwriters and European producers.

What role do international public bodies play in supporting Brazilian cinema? In the current financial climate, why should public bodies continue to develop a relationship with the cinematic world within Brazil? These questions and others will be debated in the Transnational Brazilian Cinema Symposium.

An urban theme permeates the compelling selection of award-winning contemporary features and documentaries studded with UK premieres in our third annual instalment of Cinema of Brazil. Brazil ’s megapolis São Paulo becomes more than a setting in the strikingly shot Not by Chance, in which city traffic regulator Enio’s calculated life is changed by an event beyond his control.

The hopes and anxieties of four disparate characters are linked together across city boundaries by their tuning in to an astrological radio show in ode to São Paulo, The Sign of the City. In contrast, the city plays an alienating role in characters lives in If Nothing Else Works Out (Rio Festival winner 2008) and December.

The documentary offering includes a preview of Edinburgh Film Festival hit, Only When I Dance, the ‘touching, delicate’ (Jason Solomons, The Guardian) story of two ballet dancers from the favelas of Rio, and their struggles as they audition for the chance to win a life-changing place with an international dance company.

Plus work from acclaimed Brazilian filmmakers Jorge Furtado and Eduardo Coutinho whose film Master – A Copacobana Building looks at the lives existing side-by-side in one apartment block in Rio’s most famous neighbourhood.

If Nothing Else Works Out (Se Nada Mais Der Certo) (15*) – Opening Gala (+Q&A)
19:00 / Scooping the Best Film, Best Screenplay and Best Actress prizes at the Rio International Film Festival, this is a look at a group of friends living life on the edge in frenetic São Paulo
8 Sep 09 / 19:00 / Cinema 1

Master – A Copacobana Building (Edificio master) (12A*)
16:00 / An intimate documentary on the lives of the residents of a gargantuan Copacabana apartment block over the course of seven days
13 Sep 09 / 16:00 / Cinema 2

Still Orangutans (Ainda Orangotangos) (15*)
18:30 / Shot in one single take, this technically sophisticated film follows the inhabitants of the southern city of Porto Alegre, over the course of one hot summer’s day
2 Oct 09 / 18:30 / Cinema 3

Jardim Ângela (12A*) + Q&A
18:30 / A group of local youngsters from São Paulo’s troubled neighbourhood are tasked with making a film and ponder the dilemma over whether to portray a negative or positive image of the community
5 Oct 09 / 18:30 / Cinema 3

Only When I Dance (PG*) + Q&A with director Beadie Finzi
19:30 / An inspiring documentary following two working class Brazilian teenagers from the favelas of Rio as they pursue their ambitions to be world class ballet dancers
8 Oct 09 / 19:30 / Cinema 2

When:
Brazilian Film Festival in London (8 September to 8 October)
Transnational Brazilian Cinema (3 October, 10 am to 2 pm)